June 19, 2009 - Richmond, BC - Rumble at the Rock IV - Cruiserweight fighters Jegbefumere Bone Albert of Vancouver, BC, and Willard Lewis of Hobbema, Alberta, squared off in a six round non-title bout. Albert put in a strong showing by solidly dismantling Lewis in the semi-main event. Albert's record extended to 6-0 with four KOs when Lewis was unable to leave his corner for the fourth round. Albert, a Nigerian Olympian was clearly the faster and more prepared fighter working a very fast right jab for which Lewis had no answer (17-21). Albert's steady assault with the jab left Lewis bloodied and much worse for wear. 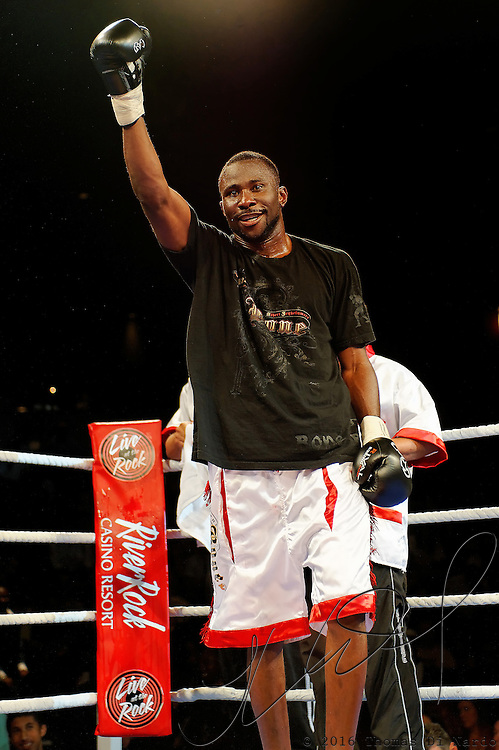