June 19, 2009 - Richmond, BC - Rumble at the Rock IV - Abdallah Ramadan has his gloves removed after being disqualified for low blows during his title fight with Junior Moar..Heavyweight fighters Junior Moar of Richmond, BC, and Abdallah Ramadan of Toronto, Ontario, squared off in a ten round bout for the Canadian Light Heavyweight Title. Ramadan's record going into the fight was 15-8-0 with nine wins by KO. Junior "The Real Deal" Moar's record was 6-2-0 with two wins by KO. .Moar won the Canadian light heavyweight title Friday night when Ramadan was disqualified in the sixth round after seemingly never ending series of low blows..The River Rock Casino Resort hosted the West Coast Promotions Rumble at the Rock VI boxing event at the River Rock Show Theatre. 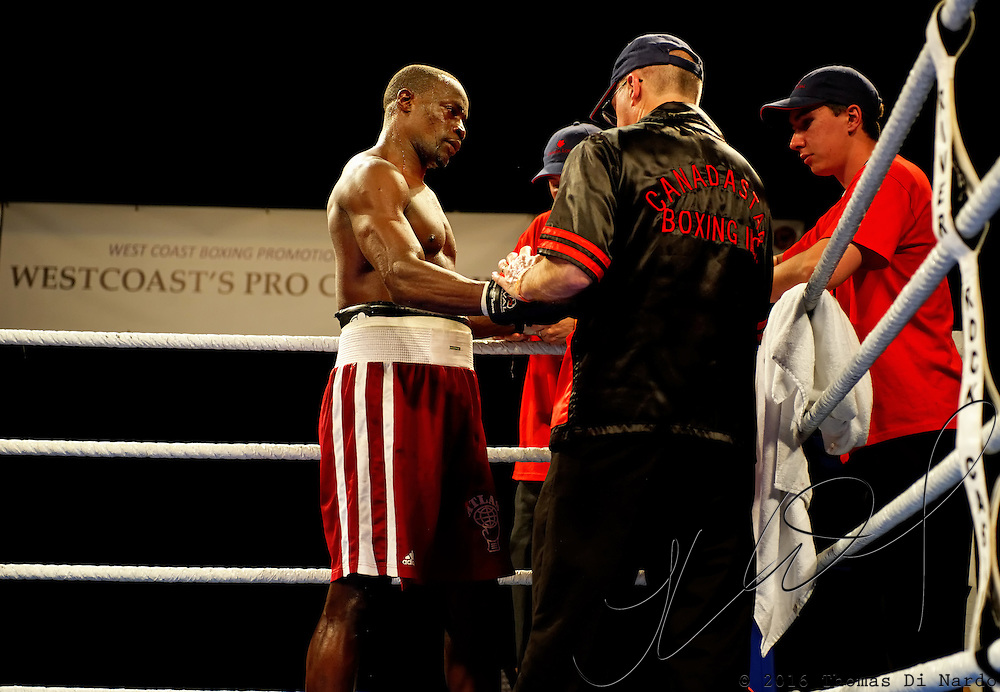